It's been a while since we last blogged, almost a month..., the main reason being we haven't really been too exciting as of late. The weather in our neck of the woods hasn't been the greatest the past few weekends, so we've spent most of our time hanging around the city. We'll get back to the excitement soon I promise. But until then, I thought I would post a bit about my project. Be warned, what follows is gonna be straight philosophy.

One of the things that has struck me in the course of my research is the analogy between time and modality. So much so that examining this analogy has become the focus of my project, and I've dropped the Strawson style conceptual analysis completely in favor of some straight up ontological, cost-benefit metaphysics. The use of analogies is not uncommon in the philosophy of time. Eternalists (those who hold that the past, present, and future, are ontologically on par) for example have always urged that there is a close analogy between time and space. According to this analogy the present, or the now, is simply an indexical term, equivalent to the use of 'here' in space. So to say that I am present, is simply to indexically pick out my location in time; in the same way that 'here' simply indexically picks out our location in space. This 'spatializing' of time is an effort to deflate the specialness of the present. The presentist, one who holds that only the present exists, obviously doesn't accept this spatialization, and wants to keep the present ontologically privileged. As it turns out, they have a powerful analogy of their own.

Modality concerns possibility and necessity. In philosophy we use the idea of quantifying over a possible world to explain the distinctions between possibility and necessity. So, if I were to say, It is possible that Bayern Munich could have won the 2012 Champions League what I mean is, there is a possible world in which Bayern Munich did win the 2012 Champions League. Quantifying over possible worlds basically allows modal logic to work in a sensible way, as well as giving us a useful shorthand for expressing possibility, counterfactuals, etc. The analogy between time and modality goes back to at least to the logician and presentist Arthur Prior. Prior was the first to note the striking similarities between tense and modal logic. That was about as far as he took the analogy, mainly because he thought all problems regarding time were simply problems of tense logic but also because actualism had yet to be fully developed. Actualism is a popular view in modality which holds that only our actual world exists, while usually other possible worlds are some sort of abstract object (propositions or states of affairs most likely). This idea clearly fits perfectly with presentism. The presentist holds that only the present time exists, while all other times are unreal. Analogously, the actualist holds that only the actual world exists, while all other worlds are unreal. They even have the same problems, the presentist must account for how we ground truths about the past and future, whereas the actualist must account for how we can ground truths about possible objects and individuals.

Presentism went through a bit of a dark period following the death of Arthur Prior in the early 70's, as it disappears almost entirely from the literature. In the 90's though it made a massive resurgence, as thinkers such as Bigelow, Zimmerman, and Markosian for example, began to actively and creatively defend the view. Throughout the literature the analogy between actualism and presentism is noted, but it isn't until Markosian (2004) that the analogy takes its current form. Markosian argues that in the same way the eternalist holds that time is fundamentally like space, the presentist needs to hold that time is fundamentally like modality. This has led to some fascinating developments in the defense of presentism, namely the development, independently by Bourne (2006) and Crisp (2007), in recent years of an Ersatzer Presentism which is a Plantinga style theory of times as abstract objects. This ersatzer project is really cool, and takes the modal analogy to the max. Another interesting consequence of this analogy is more dialectical. The eternalist spatializng of time simply eliminates presentism from the equation, and so if the analogy holds then eternalism's main rival is out of contention. This is not quite the case in regards to the modal analogy. Holding that time is fundamentally like modality is a good move for the presentist, but it doesn't prima facie eliminate eternalism. Instead it forces the eternalist to adopt a very unpalatable position in the metaphysics of modality...genuine modal realism, the view that all possible worlds exist in the same way that our own does. This view is extremely unpopular, mainly because of its obvious incredibleness, and I doubt many eternalists will endorse it (in fact I think only one eternalist has ever also been a modal realist: David Lewis...the developer of modal realism). This also puts an onus on the eternalist to either defend modal realism, not likely, or show that time is not analogous to modality, a difficult job which still needs doing. So, the modal analogy has been a promising turn for the presentist. On one hand it gives the view its best chance yet of being successful, particularly in regards to the Ersatzer versions of presentism. On the other hand it puts the views main opponent into a very uncomfortable situation. Two very useful weapons.

The main thrust of my project at this point is examining how well this analogy holds up, particularly how well it maintains our common sense views regarding time. Comments and questions encouraged, hopefully I'll have more philosophy soon.
Posted by Unknown at 8:36 PM No comments: 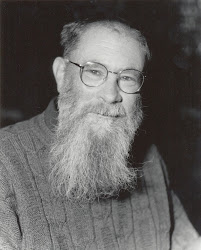